Community Board Member of the Year 2011 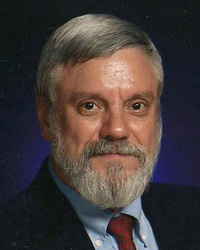 2011 Community Board Member of the Year

In 1989, Retirement Housing Foundation opened Westover Manor, a 39-apartment HUD 202 building located in Cedar Rapids, Iowa. Fritz has served as a member of the board since 1993 when he became pastor of Hope United Church of Christ.

He attended the Chicago Theological Seminary and graduated in 1972. While he was in school, he worked as a speechwriter and reporter at the UCC Office of Communication in New York City.

He began his career in McGregor, Iowa, then moved to Glenwood. He received advanced Clinical Pastoral Education Training at an Omaha hospital. Fritz then served as Chaplain in Illinois, then as Pastor in Hawarden, Iowa. He has served on the Eastern Iowa Committee on Ministry as member and Chair for 12 years and was a member of the Iowa Conference Commission on Ministry and various other boards and committees throughout the years.

Fritz has been a volunteer in many different areas including:

He has led Bible studies at nursing homes, has been a long-time member of the Associates of the Iowa Cistercians, and is the founder of a Hiawatha Community Action group. In 1991 he received the Citizen of the Year Award in Hawarden, Iowa, in addition to various awards from area agencies and the State of Iowa.

RHF is pleased to recognize Fritz Mellberg as 2011 Local Community Board Member of the Year.