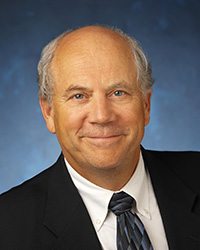 He is married and has three grown children. Slemmer is a graduate of the Ohio State University with a Master’s Degree in Resource Development and Land Use Planning in 1973. He is a Vietnam veteran where he served as a helicopter pilot.

RHF is pleased to present Tom Slemmer with the 2018 Friend of the Elderly Award.