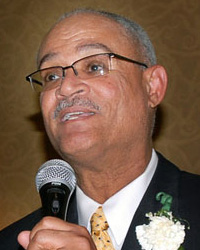 Union Bank is among the 25 largest banks in the USA based on assets and has 330 branch offices in California, Washington, and Oregon, as well as two international offices and facilities in six other states. Headquartered in San Francisco, the bank has more than 10,000 employees.

As part of its ten-year community reinvestment commitment, Union Bank of California has pledged two percent of its net profit annually to charitable contributions.

In 2005, Union Bank of California renewed its ten-year commitment to invest a minimum of 5.6 percent of its assets annually in Community Reinvestment Act loans and projects.

In 2006, the bank’s charitable investments totaled $16.8 million, which included $15.3 million in grants, contributions, and sponsorships to help finance the efforts of nonprofit organizations within the bank’s marketplace. These gifts are made through the Union Bank of California Foundation, which was established in 1953. In order to achieve greater impact in its targeted communities, the Foundation focuses on the strategic program categories of affordable housing, community economic development, education, and environment.

Since 1996, the Union Bank of California Foundation has given Retirement Housing Foundation almost $150,000. James H. Francis, Senior Vice President of Community Development Finance for Union Bank was the first to step up with a $25,000 check in 1999 to help fund the build-out of RHF’s first owned office building in Long Beach. In 2001, we received a similar grant to fund the 40th Anniversary publication, Memories of our Past, Inspiration for our Future, which contained written pieces from the board and team members and, most importantly, residents telling about the difference the RHF mission has made in their lives. This publication was given to every member of Congress and to legislators in several states, as well as public policy advocates.

As President and Chief Operating Officer of the Union Bank of California Foundation and a Community Development Officer at the Bank, Mr. Carl Ballton is responsible for implementing the charitable contribution policies and initiatives at both the Bank and the Foundation.

RHF is pleased to present the 2008 Friend of the Elderly Award to the Union Bank of California Foundation, Carl A. Ballton, President and Chief Operating Officer. 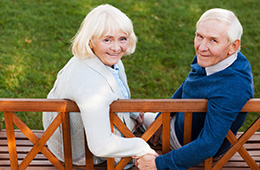