Schochet Associates, Inc. is a full-service real estate development and management company, founded by Jay R. Schochet more than 30 years ago. Since that time, the company has developed, owned, and/or managed in excess of 6,500 apartments and over 600,000 sq. ft. of retail and commercial space throughout New England and on the West Coast. Today Schochet owns and/or manages nearly 4,000 apartments and 275,000 sq. ft. throughout New England. Headquartered in Boston, MA, the company has regional offices in Newport, RI and Portland, ME, and employs over 130 people.

Schochet’s partnership with RHF began in 1983 when plans for the syndication of Angelus Plaza were being implemented. We believe this syndication, which closed on December 31, 1984, was the first by a non-profit community under the tax credit program. Since then, working together with the two firms, we have acquired and preserved, as affordable, nearly 2,300 apartments in Massachusetts and Connecticut with another 150 scheduled to close this spring.

Operating under the direction of Foundation Property Management, the Federal Management team has been able to significantly upgrade each community and institute a broad range of resident services and amenities to ensure that our residents, whether elderly or family, are comfortable, happy, and safe in their homes. 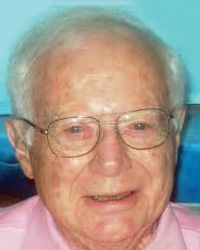 Jay R. Schochet is the founder of the corporation and serves as Chair of the Board of Schochet Associates and Federal Management, which he founded in 1973. Prior to that, he spent ten years in the Boston real estate community, most notably as Managing Partner and then President of the Codman Company. 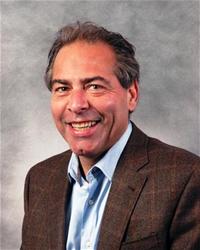 Richard J. Henken officially joined Schochet Associates as Executive Vice President in 1997. Then in 2004, he became President of Schochet Associates and Federal Management. Since joining the company, he has been responsible for closing transactions with a total value in excess of $400 million, including the acquisition and preservation as affordable of over 2,500 apartments in 15 developments.

Mr. Henken earned a Bachelors and Master’s degree in Economics from Tufts University, and a Master of Science degree in Management from the Sloan School of Management at MIT. He sits on the Board of Directors of the Inner City Scholarship Fund and chairs the Development Committee; the Rental Housing Association of the Greater Boston Real Estate board where he is past President, past chair of the Affordable Housing Committee, and current chair of the Government Affairs Committee; the National Apartment Association where he serves as a regional vice president; Hebrew Senior Life, where he co-chairs the Housing Committee; and the Jonathan M. Tisch College of Citizenship and Public Service at Tufts University.

RHF is pleased to present the 2012 Friend of the Elderly Award to Jay R. Schochet and Richard J. Henken, Schochet Associates, Inc.