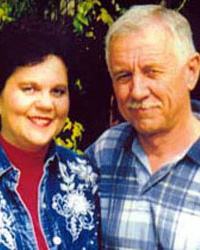 Linda joined the RHF team in December of 1994 as Manager of Marple Manor in Modesto, and Jack joined the team as the maintenance man in 1997.

In 2001 they transferred to Pinewood Manor as co-managers and since July 2002 they have been at Redding Pilgrim House.

Their Regional Manager, Bruce Burke, reports that both Jack and Linda were of great assistance during the opening of Esperanza in Seattle, Washington. They provided training for our new manager and important maintenance was performed until we could hire an on-site staff person for those functions.

At Redding Pilgrim House, the Grigsbys have formed warm relationships and earned the admiration of their residents. Residents report that Linda is very helpful with the annual recertification of income and that Jack takes care of maintenance problems in a timely manner.

Retirement Housing Foundation is pleased to recognize Linda and Jack Grigsby as Managers of the Year.