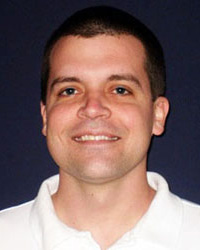 Jason was born in Garland, TX and raised in Bonham. He came to work at Pecan Place in Bonham, TX as a maintenance technician in July 2004. When the manager transferred to another property in March 2005, Jason was persuaded by residents and staff to become the manager.

Within less than a year of accepting this position, Jason was challenged with major foundation problems at five of Pecan Place’s buildings. Texas had been in a seriously long drought, causing the foundations to sink. The sinking caused very large gaps and buckling between the buildings’ roofs and walls that many of the units were not habitable. After all foundation repairs had been completed in the spring of 2006, Jason was faced with 26 vacancies out of 39 units. This was quite a challenge, considering Pecan Place is in a rural area of North Texas.

After only modest success in securing referrals, he implemented the idea of inviting everyone to Pecan Place to see it for themselves. So, in the fall of 2007, he held an open house and community health fair at Pecan Place. It was such a huge success, that the open house is now an annual autumn event. By March 2008, Pecan Place was again 100% occupied and financially stable.

His regional manager Thuy Hoang writes, “Jason embodies all the qualities that we look for in a successful manager. His knowledge and experience with various maintenance tasks enable him to problem solve efficiently and work closely with outside contractors. He understands fiscal responsibility and the prioritization of what needs immediate attention. In addition to all his skills, I would like to note Jason’s most admirable quality, his integrity. ‘Doing the right thing all of the time’ is a phrase that could best describe this person of high moral character.” The residents of Pecan Place enthusiastically endorsed his nomination.

RHF is pleased to recognize Jason Castle as 2009 Manager of the Year.