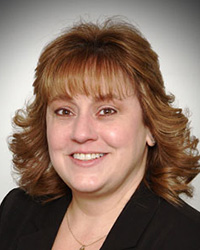 In August 2007, she took on the responsibility as manager of Loess Hills Estates in Glenwood, Iowa. Almost simultaneously, she achieved and maintained 100% occupancy at both communities, improved resident relations, reduced accounts receivable, got expenses under control, and built a solid team.

Diane received the first “Above Average” Management and Occupancy Review scores for both Camelot and Loess Hills from a Contract Administrator who stated that she would never give anything higher than “Satisfactory.”

As a result of Diane’s exceptional leadership and operational management, she was a perfect choice to take over another challenge at Anciano Towers in Montrose, Colorado. She headed to this 50-unit community in November 2008 and, within a short period of time, achieved 100% occupancy.

Diane is noted for being focused and providing cohesiveness and consistency in quality customer service, teamwork, leadership, and community outreach. This has resulted in high resident satisfaction while, at the same time, reducing accounts receivable and expenses so that mission and good business practices are in balance.

One resident wrote, “Diane Wink is a wonderful manager at Anciano Tower. If she hadn’t gone the extra mile for me when I needed a home, I wouldn’t have a place to live. That’s a pretty wonderful, caring person to do that!”

RHF is pleased to recognize Diane Wink as 2012 Manager of the Year.