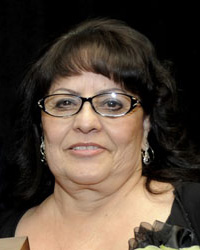 Cathy has been with RHF since 1999 when she started as a receptionist at Granada Gardens. By showing an immense amount of professional dedication and hard work, Cathy first stepped into an assistant manager position at Vistas in 2004 and was promoted to manager of West Valley Towers in 2006.

Cathy is a manager who treats each person, whether they are staff or resident, with dignity and respect. As a leader, she is able to unite residents into the community with one another and bring her staff together as a highly effective team. During West Valley Towers’ last resident survey, Cathy and her staff received a 100% approval rating. This is one of the highest manager scores in RHF history.

Cathy has a listening ear and an open heart. A West Valley Towers resident commented that “It is very rare to find someone who truly cares about us and at the same time understands us.” Cathy makes the effort to have regular meetings with her residents so that they can be informed of any community issues and have an opportunity to share their concerns. West Valley Towers is a giant melting pot of different religious views, varied political affiliations, and varied cultures. While this type of diversity could easily create conflict among neighbors, Cathy uses this diversity to enrich the lives of West Valley residents.

Cathy has recently been given the additional responsibilities of interim manager for the Vistas community, and she is making such a huge difference that the Vistas residents are petitioning to keep her!

For her deep dedication, excellent service, and virtuous character, RHF is pleased to present Ms. Cathy Levario with the 2013 Manager of the Year Award.