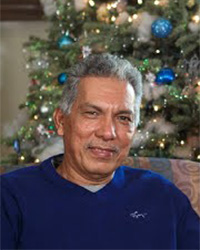 Mario began his career with RHF as maintenance technician at MacArthur Park Tower and promoted to administrative assistant in August of 1996. In 2000, he accepted a position as property manager at Southpointe Villa, a 100-unit senior apartment complex in Rialto.

Mario has held various manager positions, including a challenging position in a family community which was located in a gang-infested area of Los Angeles. He cleaned up the building by weeding out the bad elements in and around the community, gaining the trust and respect of the residents and maintaining a positive rapport with his residents.

In February, 2011 Mario accepted the position of manager of Pilgrim Tower East, a 158-unit community in Pasadena where he supervises a staff of seven employees. He has helped control costs by having his maintenance staff perform a significant number of jobs that are typically outsourced to vendors.

Mario is always willing to help out at other RHF communities when needed. He oversees the monthly food bank program for Pilgrim Tower East and Pilgrim Tower North.

Mario is dedicated to serving his RHF community. He is an asset to RHF and has made a valuable contribution to our organization in caring for our residents and touching so many lives. He has contributed in making Pilgrim Tower East a true pride of ownership property.

RHF is pleased to present Mario Hidalgo with the 2018 Manager of the Year Award.