Long Beach, CA – Retirement Housing Foundation (RHF), one of the nation’s largest providers of affordable housing and services for older adults, working-class families, and persons with disabilities, announced on November 5, 2020, that their National Board of Directors has selected Stuart Hartman as President and CEO of RHF effective March 1, 2021. Until that time, Stuart will continue in his current role as Senior Vice President of Operations, Acquisitions, and Development.

RHF’s current President and CEO, Dr. Laverne Joseph, will remain in his position and continue to lead RHF until his retirement on February 28, 2021. In the next three months, Dr. Joseph and Mr. Hartman will work closely to prepare for a smooth transition of leadership.

Mr. Hartman has served in a variety of positions during his career at RHF. He has nearly 40 years of property management, resident services, and construction experience (for-profit and non-profit). He will be RHF’s fourth President and CEO in the organization’s 60-year history.
Read the full press release.

(September 8, 2020) Retirement Housing Foundation (RHF) has acquired its 198th community with the acquisition of Hillcrest Acres Apartments in Attleboro, MA.

“I am pleased to welcome Hillcrest Acres to the RHF family of 198 communities,” said Dr. Laverne Joseph, President, and CEO of RHF. “There is a large and growing need for affordable housing and we are doing our best to address that need.”

Completed in 1974, Hillcrest Acres is a garden-style multifamily community conveniently located on just over 9 wooded acres in Attleboro, MA. Consisting of ten residential buildings spread throughout the property, Hillcrest Acres offers spacious flats as well as townhouse-style living. Also, on-site are picnic and barbecue areas, play areas, and a 3,000 square foot community/office building. Nestled between Providence, RI, just 13 miles south, and the City of Boston, 35 miles to the north, there is no shortage of things to do.
Read the full press release.

Pasadena, CA– The Concord, a 149-unit affordable apartment community for low-income seniors, is scheduled to begin a $17 million renovation in mid-July.

It is planned to replace all plumbing, throughout the building, all electrical systems, including the emergency generator and the fire alarm system. The existing emergency-call system will be upgraded and a new security system will be installed. Read the full press release.

Dr. Laverne R. Joseph has announced that he will be retiring as President and CEO of Retirement Housing Foundation (RHF), a non-profit provider of housing and services, as of March 1, 2021. He has served in this position since July of 1987.

During Dr. Joseph’s 33 years with RHF, the organization has more than tripled in size. Dr. Joseph has gained national stature, respect, and recognition in the fields of senior and affordable housing. He is a founding member of the National Affordable Housing Trust (NAHT), serves on LeadingAge California’s Public Policy Committee and Affordable Housing Cabinet frequently addresses professional service organizations and churches regarding housing and social service programs and issues, and has testified 12 times before Senate and Housing committees on issues concerning national housing and services legislation. Read the full press release.

Culver City, CA – A celebration will be held on Thursday, March 21st at Culver City Rotary Plaza, a 100-unit, RHF (Retirement Housing Foundation) and Culver City Rotary Club housing community for low-income seniors, to celebrate the re-dedication of the community after a large-scale renovation. Read the full press release.

On August 18th, a Category 4 hurricane struck southern Texas causing massive destruction and devastation in Houston and surrounding areas with flooding and tornado activity. RHF’s Board of Directors agreed to partner with the United Church of Christ’s Emergency USA Fund for Hurricane Harvey Relief, a special fund designated to specifically help the communities and residents impacted by this storm. 100% of the donations received will go directly to efforts supporting essential on-the-ground relief efforts. Read the full press release. 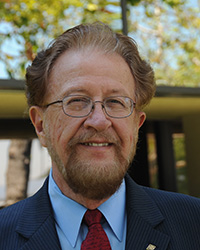 The Rev. Dr. Laverne Joseph, president, and CEO of Retirement Housing Foundation (RHF) was honored for his outstanding service to humanity by Ursinus College in Collegeville, Pa.

Joseph, who leads one of the nation’s largest faith-based providers of affordable housing, is the recipient of the 2017 Ursinus College Alumni Award for Service to Humanity. Joseph is a United Church of Christ minister and a 1960 graduate of Ursinus. Read the full press release.

A celebration will be held in San Antonio, Texas on Thursday, April 27th to commemorate the grand opening of Darson Marie Terrace, an RHF (Retirement Housing Foundation) housing community for low-income seniors and the last HUD 202 community to be built in San Antonio. This event will also serve as a celebration of the 55th anniversary of RHF. Read the full press release.

A celebration will be held in Houston, Texas on Tuesday, April 25th to commemorate the grand opening of Sagetree Terrace, an RHF (Retirement Housing Foundation) housing community for low-income seniors and the last HUD 202 community to be built in Houston. This event will also serve as a celebration of the 55th anniversary of RHF. Read the full press release.

A celebration will be held in Oxnard, California on Thursday, October 13th to commemorate the grand opening of RHF Sonata at Riverpark, an RHF (Retirement Housing Foundation) housing community for low-income families. This event will also serve as a celebration of the 55th anniversary of RHF. Read the full press release. 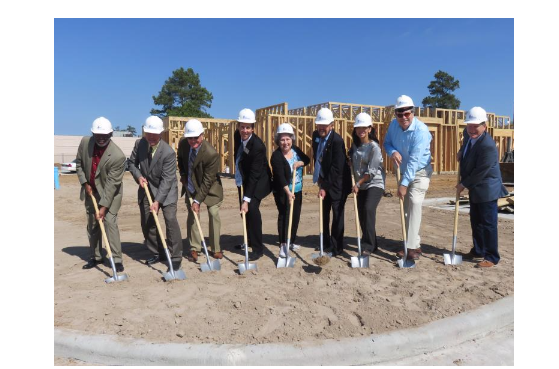 RHF’s Sagetree Terrace, the last new construction project in Houston- funded by the HUD 202 program, broke ground on Wednesday, March 2nd with a ceremony and celebration held on the project site. Read the full press release. 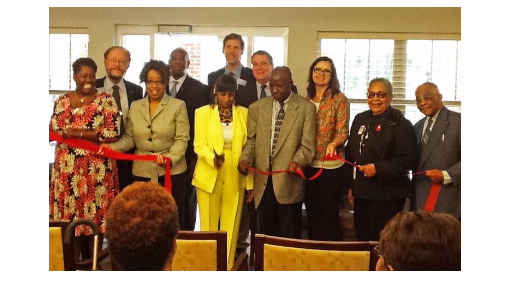 On September 23 Barringer Gardens, an affordable apartment community for low and fixed-income seniors celebrated its opening with a dedication and ribbon-cutting ceremony attended by local officials and civic leaders. Read the full press release. 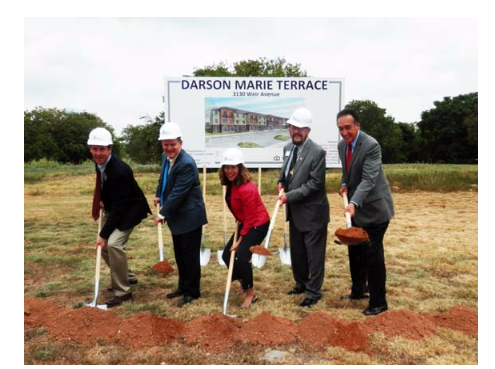