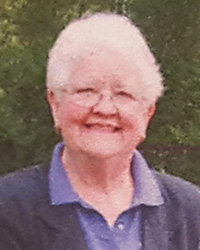 Patti Peterson has been a volunteer at Pinewood Manor since 2013.

She has been an advocate for the residents of Pinewood Manor by making sure they get the food that they need and supplying food for the different residents’ suppers they have each month.

She worked diligently along with the former Social Service Coordinator, city officials and community services groups such as the Boy Scouts, local VFW, Home Depot and Lowes to get the supplies and building materials for raised garden beds so that the residents could grow their own fresh produce during the summer.

Since retiring from the position of Director of the Bremerton Food Bank a few short months ago, Patti has been volunteering to come twice a month to Pinewood Manor to conduct art and craft classes for the residents free of charge. She brings all the supplies they need for the classes and is the most patient, kind and gentle teacher we have ever seen. Her talents are matchless.

RHF is pleased to present Patricia Peterson with the 2017 Volunteer of the Year Award.